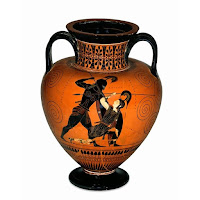 Penthesilea brought her Amazon warriors to help the Trojans defend their city, but was killed in combat with Achilles, the greatest of the Greek warriors. The scene on this vase shows Achilles looming above her as she sinks to the ground. Achilles's face is masked and protected by his helmet; Penthesilea's helmet is pushed back to expose her features and emphasize her vulnerability at this vital moment. Her spear passes harmlessly across Achilles's chest, while his pierces her throat and blood spurts out. According to a later version of the story, at this very moment the eyes of the two warriors met and they fell, too late, in love.
On the other side of the vase, Dionysos, god of wine, is shown with his son Oinopion.
The vase is signed, just behind Achilles's right arm, by Exekias as potter. The painting has also been attributed to him. The amphora's taut and rounded shape is emphasized by the spirals around each handle, and the figures, the pattern decoration and the writing are all immaculately rendered. Exekias was perhaps the finest of all painters to use the black-figure technique. 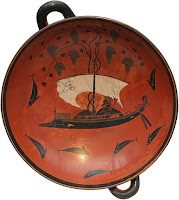 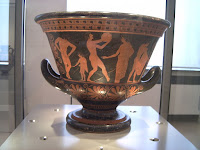 а. "Атлети"
Berlin: Antikensammlung. Athletes preparing for a competition, circa 510-500 BC. 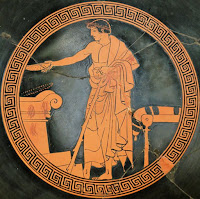 Youth performing a libation, interior of a bowl by Makron, circa 480 BC. Paris: Louvre 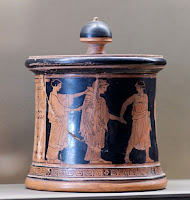 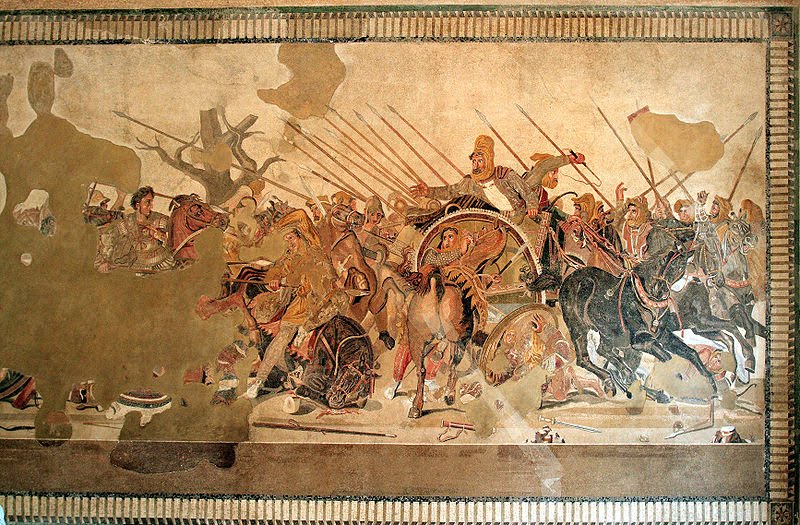 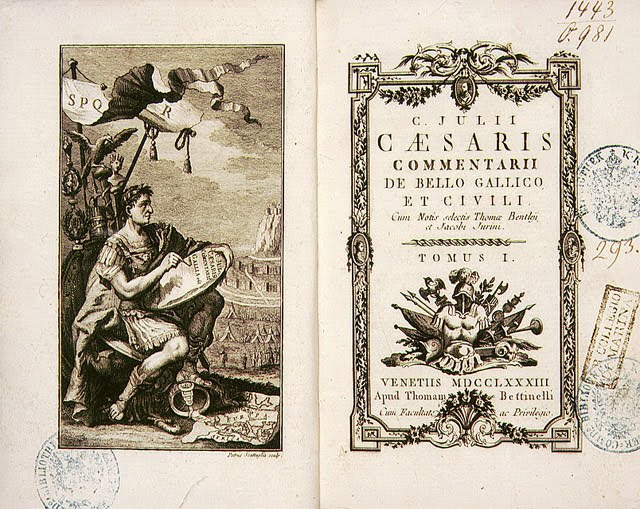 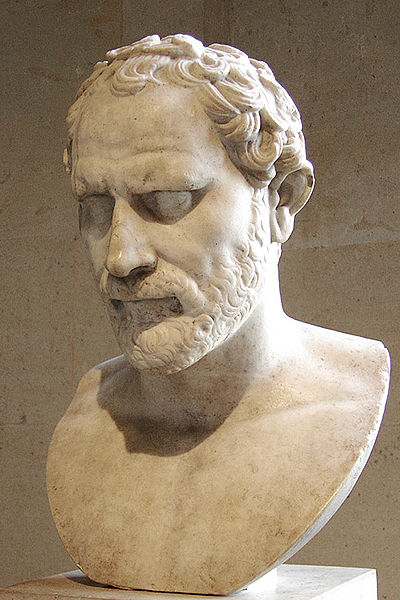 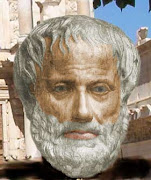 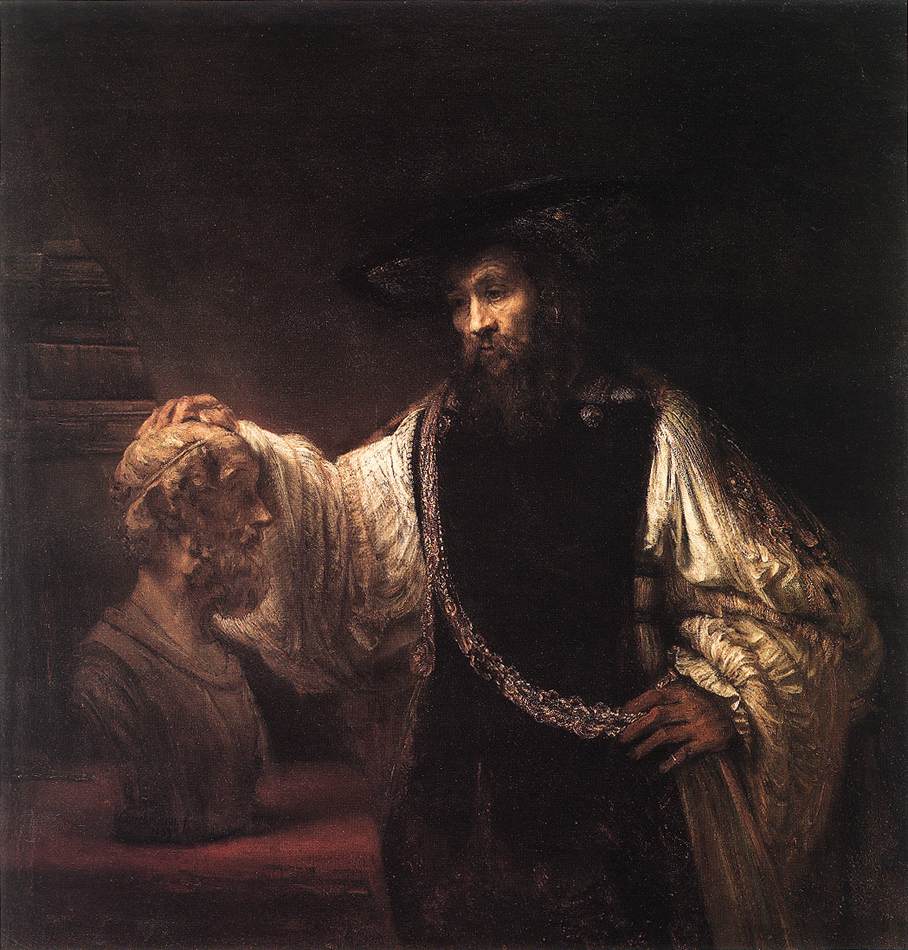 Aristotle with a Bust of Homer (detail) 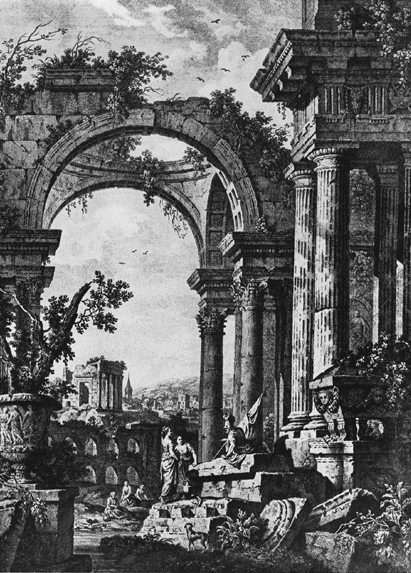